The only European clinic with most advanced technologies

Polycystic ovary syndrome is (PCOS) is a disorder of the endocrine system affecting women in their reproductive years. PCOS affects the ovaries and leads to overproduction of male hormone, androgen. This imbalance in hormones leads to irregular menstrual periods and can cause infertility in women by preventing ovulation, the process of monthly release of an egg from the ovary. Therefore PCOS affects the ovaries and ovulation.

The exact cause of PCOS is not known. It is believed that hormone imbalance and overproduction of male hormone interferes with the function of ovaries to release an egg and produce hormones.

The factors that can play a role to cause PCOS are given below.

Different studies have linked PCOS with the genetic factor. The likelihood of developing PCOS increases in women having mother or sister or with PCOS. However, there is no single gene causing PCOS. There is a wide range of genes that lead to PCOS with a variety of symptoms.

Insulin is the hormone that keeps blood sugar level from getting too high or too low in our body. Insulin resistance means the body cells are resistant to the insulin and does not use insulin effectively, leading to high blood sugar.

Women with PCOS are found to have the following hormone imbalance.

(a) Increased testosterone: It is a male hormone, though women usually produce them in small amounts

(c) Decreased sex-binding globulin (SHBG): It is a protein found in the blood that binds to testosterone and reduces the effects of testosterone.

(d) Increased prolactin level: It is the hormone that stimulates the breast glands for milk production during pregnancy and lactation.

Different studies have shown that women with PCOS have higher inflammation levels in their body. Overweight can also contribute to inflammation. Such inflammation stimulates polycystic ovaries to produce androgens, which can further contribute to heart and blood vessel problems.

Insulin resistance is worsened by being above the normal body weight. Symptoms of PCOS like irregular menstruation, excessive hair growth are more visible in overweight women. A healthy lifestyle with moderate physical activity along with a balanced diet helps in the prevention and treatment of PCOS.

Psychological stress is one possible complication of PCOS. Women going through stress are more at risk for developing PCOS. Stress can contribute to chronic inflammation which triggers the symptoms associated with PCOS like infertility, acne, weight gain.

Treating Infertility and PCOS with IVF

There can be many reasons and factors that contribute to fertility problems in a woman suffering from PCOS, but there is always a hope. Incredible advancements in the field of IVF have made it possible to handle a multitude of issues in women suffering from PCOS. IVF has multiple options of treatment for PCOS and sharply improves pregnancy in women. Assisted reproduction treatment has helped numerous women suffering from endometriosis or PCOS. This is absolutely no barrier to becoming pregnant.

Women suffering from PCOS experience difficulty in getting pregnant as they do not ovulate in a regular pattern. Absent or irregular menstrual cycles are a sign of PCOS as the egg is not from or the body or are ready to be fertilized naturally. During the procedure of IVF, the egg is first removed from the female body and taken in the lab (or ‘in vitro’) for fertilization. The resulting embryo is later returned to the womb. Thus, women suffering from PCOS can have successful pregnancies. Problems related to the growth of cyst on the ovary do not restrict the process of fertilization and pregnancy. The egg was initially prevented from getting released naturally but IVF allows creating the embryo outside the body. Once the embryo is created, women can have a successful pregnancy and healthy baby. 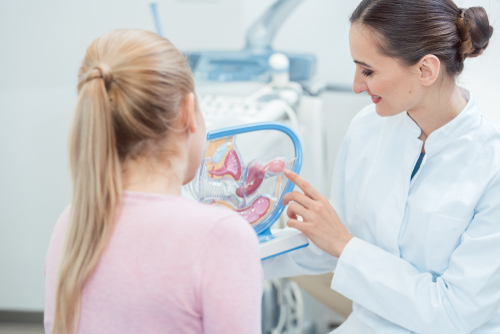 « Is It Rational To Ship Embryos From One Clinic To Another?
Healthy Lifestyle and Fertility »